The death of Pete, the more gentle and calm half of the the well known Greensboro panhandling duo, “Pete & Ricky”, has hit me harder than I would have ever anticipated.  I jotted down this little song while blubbering snot and tears….I’ll miss you, Pete. 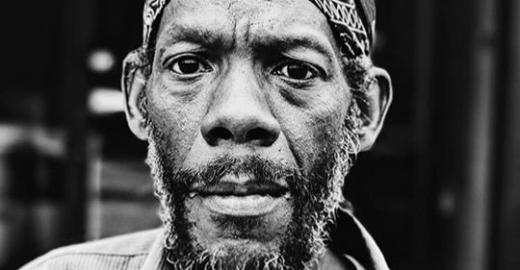 It should be noted that Pete, though he had been homeless when I met him 16 years ago, had found housing for the last several years with his partner, Ricky and was thankfully able to maintain it as aluminum can collecting and pan handling remained a source of income.  So when I say I “cried hard for a homeless man”, it is not entirely correct as he was in fact “formerly homeless”.  Just wanna set the record straight.
********
I cried hard for a homeless man when I found out that he’d died.
He’d touched my heart
in ways
I never thought to realize.
He’ll never ask for a quarter again,
two quarters of my day I been thinking bout him
My cheeks are red.
and I ain’t got no dry eye.
Pete, you had a hard road that crossed many
that crossed mine.
You were bright,
you lived with love, there was an easiness in your smile.
Sir, you charmed the hearts
of some good boys and girls in this town
We’re better to’ve known you and we’ll look out for Ricky noooooooooooow.
CHORUS:
Oh rest easy Pete
I hope you’re looking down
To see the love that’s pouring out for you
And you don’t have to ask for it now.
Yeah I can spare a quarter. Yeah I can spare a dime.
Pete, when you get to heaven can you look out for me and mine?
CHORUS
I cried hard for you, Pete, when I found out you had died. You touched my heart in ways I never to thought to realize.
Rest easy. I hope you rest easier now.
Rest easy, i hope it’s easier now.